Our ceramics are created by people gathered in a family factory, in a place where real works of art are created. We are distinguished by enormous commitment and devotion to artistic work. The essence of ceramic products, our brand is the combination of the elements fire, water and clay - yes, the one extracted from the ground and the constant work of human hands. We produce artistic ceramics, which is the hallmark of the city of Bolesławiec.

Ceramics retains its unique character thanks to the process of creation which is consistent with tradition and has been reliable for hundreds of years.

The artistic aesthetics of decorations and the unique appearance of the products, as well as the wide functionality make them recognized all over the world.

The production method, unchanged for hundreds of years, gives our a unique character to our ceramics. 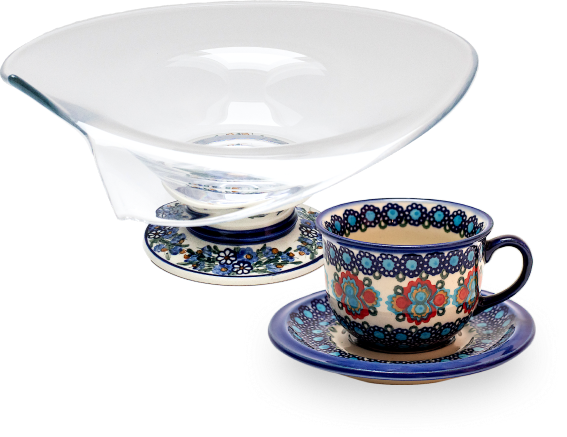 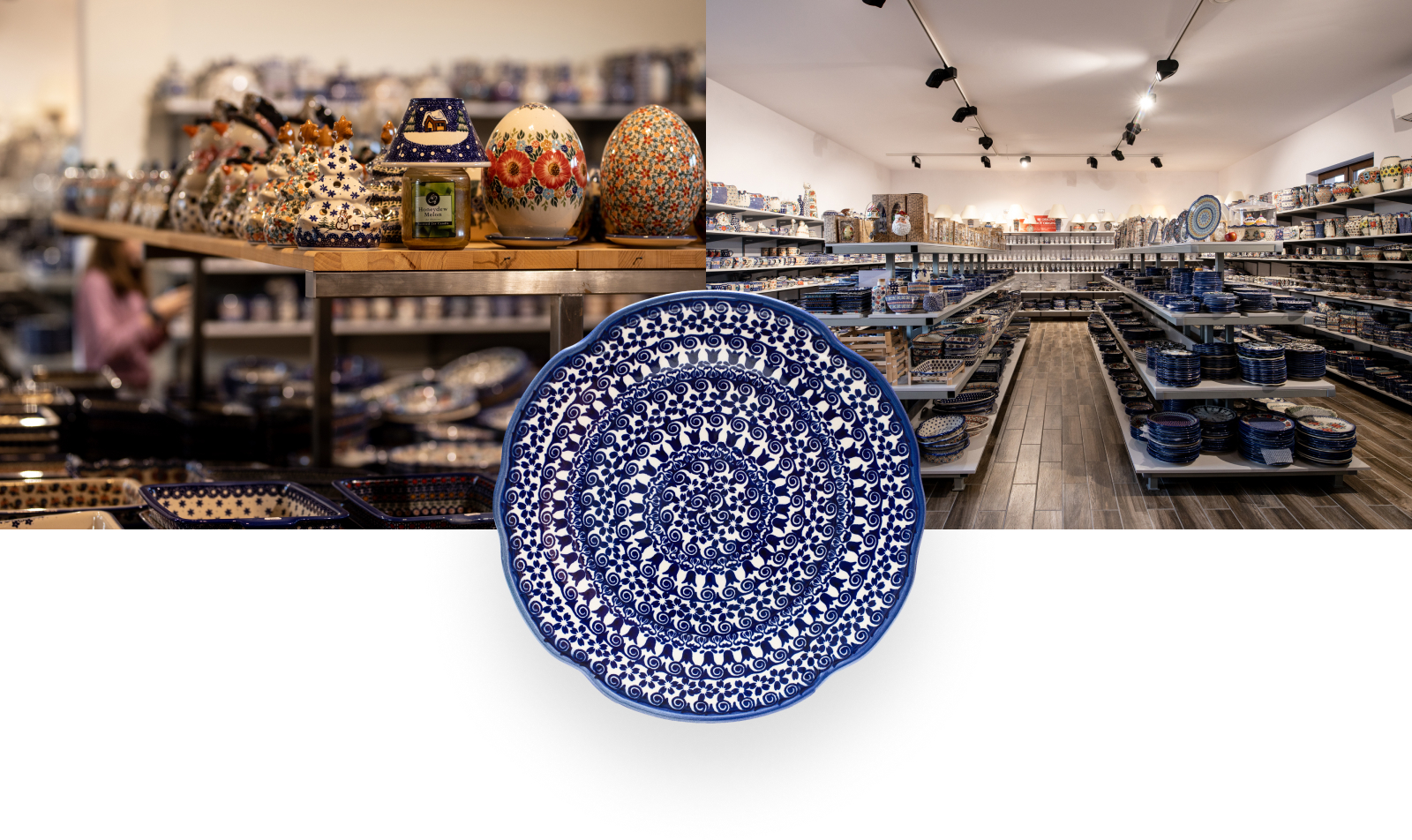 The history of Bolesławiec for over 350 years has been closely connected with the pottery and ceramics industry. Both the city and its surroundings are located in the Bóbr and Kwisa basins, which are rich in deposits of (unique) clay suitable for the production of stoneware products fired at a temperature of 1280 - 1300 ° C.

In addition, the pottery capital region is rich in clays used for glazing. Thanks to them, it became possible to obtain a brown, glassy surface. Called earthen glaze, they became typical for Bolesławiec products.

The earliest mention of a potter from Bolesławiec appears in the town books of Świdnica as early as 1380. Potters united in the guild at the beginning of the 16th century. Over the years, the craft has taken a distinctive and quickly recognizable form.

Initially, products were made of noble silica that were durable, which is ideal for broadly understood economic use. For several decades, forms of daily use were developed and refined, but also new ones were created, which was facilitated by the status of the city, its geographical location and the wealth of its inhabitants. The popularity of luxury goods grew, so the production of coffee and tea services began. In addition, the range of dishes offered has constantly expanded, from very large, decorative pots to delicate tableware.

Due to changes in the composition of the ceramic mass, a noble stoneware was obtained, which is characterized by a lighter color. The dominant color of the design was cobalt, green and brown, and the patterns were first applied with decorative stamps.

The production of ceramics did not collapse even during the political changes at the turn of 1980 and 1990, and now the local product of Bolesławiec finds its customers all over the world.

Knowledge and passion - the basis of ceramic craftsmanship.

Advanced technological knowledge in the production of ceramics allows us to offer you ceramics free from heavy metals such as lead or cadmium. The highest quality means that our ceramics can be a functional addition when preparing meals, serving dishes and an original decoration of the table and the rooms.

Ceramic dishes can be used for storing food in refrigerators and freezers, baking in modern ovens at high temperatures and heating food in microwave ovens, as well as for washing in dishwashers.

Unique and original patterns are created without restrictions by the hands of talented and experienced artists. We constantly strive to overcome the barriers of creating shapes and patterns. We listen to the requests of our customers, enabling the fulfillment of orders tailored to the customer’s desires.

We cordially invite you to familiarize yourself with our offer in the online store.

up
Shop is in view mode
Sklep internetowy Shoper.pl